Introduction to the Digestive System

The Digestive System is also known as the “gastrointestinal system”. This system fulfills two of the basic and essential requirements for being alive… Food intake and Waste elimination.

In this video we will be discussing the functions of the Digestive System, the connection with the immune system, the components and accessory organs that make it up, as well as the process of digestion.

The components of the Digestive System are classified by two major functions.

Absorption of Nutrients is accomplished by the “villi”[vil-ahy] , and delivered to the body by the circulatory system. 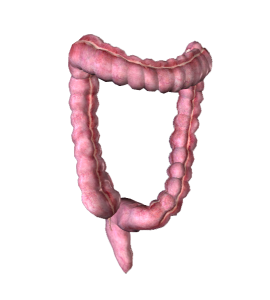 The role of the colon or large intestine is to eliminate byproducts of the food that the organism does not need. This is known as waste.

Connection With The Immune System

This complex system is also the location where 70% of the immune system resides; the health of the human organism is dependent upon the complex and diversified micro bacteria found in the “gut”. The more diversified the bacterial flora is in the “gut” the healthier the Human Organism is. We can keep our immune systems healthy by eating lots of fruits and vegetables which contain various minerals and vitamins. Some people also take immune supporting medication (like those on https://quantumhealth.com/shop/category/immune-support) to asssit with this. Vitamin C is a great vitamin which keeps your insides healthy. Oranges, leafy greens like spinach and cabbage and tomatoes are great sources of vitamin c or alternatively, lypo spheric vitamin c supplements will also work well for the body.

Components of The Digestive System

Mouth: To begin the descent into the digestive system it is important to start in the mouth. The mouth is known as the oral, or buccal [buhk–uh l] cavity. The Mouth contains the tongue, teeth and the dangling tissue called the Uvula. 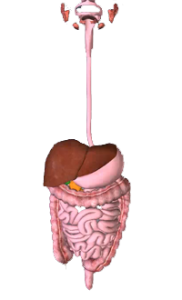 Alimentary Canal: The primary structure of the digestive system is known as the Alimentary Canal. The alimentary canal is a long smooth involuntary muscular tube that begins at the mouth and continues to the pharynx, then on to the esophagus, followed by the stomach, small intestine, large intestine, and the anus.

This system is accompanied by a number of accessory organs such as the salivary glands, tongue, teeth, liver, gallbladder and pancreas.

The Process of Digestion

Digestion begins in the mouth with Mastication. Mastication is the mechanical process by which food is crushed and ground by teeth.In this first stage of digestion, the food is also being chemically mixed with amylase, [am-uh-leys ] an enzyme contained in the saliva.

At this point the moistened and softened food is called a bolus.

The swallowing action and motion of the tongue, takes the bolus to the first part of its journey, which is the throat or pharynx (which is shared with the respiratory system).

From here it descends via the esophagus by means of a rhythmic wavelike involuntary movement of its muscles. This movement is called peristalsis.

After the esophagus, it passses through the first sphincter muscle, known as the esophageal or the cardiac sphincter. From there, into the stomach or gastr/o.

The stomach, which is a pouch that expands as food enters, secretes hydrochloric acids and other enzymes to further break down the food into what is now called Chyme.

The chyme leaves the stomach via the Pyloric sphincter muscle, and moves into the first section of the small intestine. 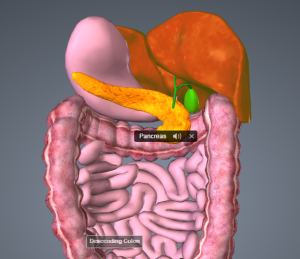 The accessory organs we mentioned earlier such as the liver, gallbladder, and the pancreas, come into play at this juncture. Here they all secrete bile and pancreatic juice to continue the the job of breaking down the chyme to a fluid that can be absorbed into the bloodstream via the villi. The villi are found throughout the 3 sections of the small intestine. These 3 sections are the duodenum [doo-uh–dee-nuh m, jejunum [ji-joo-nuh m] and the ileum.

The point where the ileum and the colon (large intestine) connect is called the ileocecal valve [il-ee-oh-see-kuh l] . This is the third sphincter muscle.

This last section of the colon connects to the rectum. Once the waste is packed into the rectum the urge to have a bowel movement is turned on and the body eliminates the waste through the anus.

One more function of the Large Intestine that we should mention is that it will also absorb any water or nutrient that may have slipped through the small intestine.

The Digestive System, simply explained, is known as the Alimentary Canal. Beginning with the mouth and continuing its path through the pharynx, esophagus, stomach, small and large intestine, and ending at the anus.

Its purpose is to provide nutrition to the body and eliminate waste.
You should now have a basic understanding of how this system works, but the Digestive system is very complex. Look for future CTE Skills videos where we’ll cover the structures and functions in more detail and the conditions and illnesses that can afflict the gastrointestinal system.