The chemical process industry uses many different types of equipment to manufacture products. At first glance a process plant may just look like a pile of metal and a maze of pipes. In this procedure we will take a closer look and get a better understanding of what type of process equipment is involved from mechanical to technological from WWW.CKSGLOBAL.NET. Although there is a wide variety of equipment, they can all be broken down into two basic categories.

The driver is what is what provides the rotational energy to the driven equipment. An example would be an electric motor. Examples of driven equipment would be fans, cylinder filling compressors or pumps.

The drivers are connected to the equipment by couplings, belts or chains.

Belts operate on a pulley system. They connect two parallel shafts. The size of the pulley determines the speed. Different sizes allow the equipment to operate at a different speed than the driver.

Chains are quite similar to belts but operate on a series of sprocket wheels instead of a pulley. With chains, slippage is less likely, which makes them ideal for low speeds and high torque. 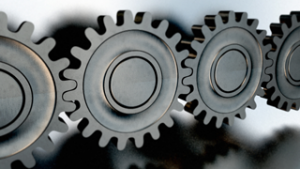 Electric motors come in various shapes and sizes but their purpose is all the same. They convert electrical energy into mechanical energy. There are two types of electric motors. AC….and DC. AC and DC do have their differences, which will be discussed further in another procedure; but they both operate on the same basic principles.

Centrifugal force is a force that tends to move objects away from the center in a system undergoing circular motion. Centrifugal pumps are devices that move fluids by means of this force. The primary function is spinning the fluid in motion so that propels outward and into a chute. This chute is known as the volute.

Positive displacement pumps displace a specific amount of fluid on each stroke or rotation. These pumps can be either rotating or reciprocating.

Rotary pumps displace fluids by means of rotating screws gears, vanes or lobes. A rotary pump traps fluid in its closed casing and discharges a smooth flow. They can handle almost any liquid that does not contain hard and abrasive solids, including viscous liquids. 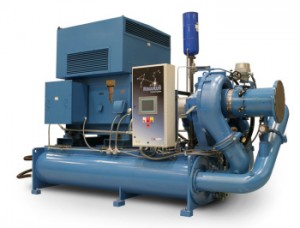 Compressors act under similar conditions as pumps; however, The primary function of a pump is to transport fluid. Compressors generally push gases. Since gases are compressible. This allows the gas to be reduced in volume.

A steam turbine is a mechanical device that extracts thermal energy from pressurized steam, and converts it into useful mechanical work. The turbine will rotate as steam strikes it. The rotation is then used to drive a variety of shaft-driven equipment such as pumps, compressors or electric power generators.

Piping is a system of pipes used to convey a variety of substances from one location to another. These different substances must be taken into consideration for design and composition of the pipes. There is more to piping than just pipes however. It takes many different fittings to hold a piping system together. Let’s take a look at some of the main components involved.

Bushing: a bushing is a cylindrical lining designed to reduce friction and wear, or constrict and restrain motion of mechanical parts.

A cap covers the end of a pipe.

An elbow is a pipe fitting installed between two lengths of pipe allowing a change of direction, usually 90° or 45°.

A flange is a plate or ring that forms a rim at the end of a pipe, when fastened to the pipe.

A nipple is defined as being a short stub of pipe which has two male ends.

Plug: The male version of the cap. It screws into the end of a pipe to block flow.

Reducer: a fitting used to connect a larger pipe to a smaller one; or vice versa.

A Tee is used to either split or combine flow.

The Union: similar to a coupling, but designed to allow quick and convenient disconnection of pipes for maintenance or fixture replacement. 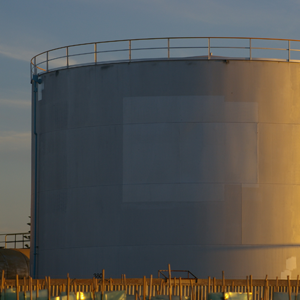 The chemical processing industry uses many different shapes and sizes of tanks, drums, bins and vessels to store their products. The types used are dependent on the material stored.

A valve is a device that regulates the flow of substances by opening, closing, or partially obstructing various passageways.

A gate valve is a valve that opens by lifting a round or rectangular gate/wedge out of the path of the fluid.

A ball valve opens by turning a handle attached to a ball inside the valve. The ball has a hole, or port, through the middle so that when the port is in line with both ends of the valve, flow will occur. When the valve is closed, the hole is perpendicular to the ends of the valve, and flow is blocked. The handle position lets you “see” the valve’s position. Visit Tameson to see a list of ball valve applications that you might find interesting.

A globe valve places a movable metal disc in the path of the process flow. The disc is designed to fit into the seat and stop flow.

Any device that separates one substance from another would be considered a filter. In the chemical industry, a porous material is used to separate solid particles from liquid.

A heat exchanger is a device built for efficient heat transfer from one fluid to another. Heat exchangers are generally classified as shell and tube, plate, spiral, or air cooled.

A plate heat exchanger is composed of multiple, thin, slightly-separated plates that have very large surface areas and fluid flow passages for heat transfer. This stacked-plate arrangement can be more effective, in a given space, than the shell and tube heat exchanger.

A spiral exchanger is created by forming two flat plates into spirals and placing one inside the other. This produces a counter flow path for the fluids to follow.

An air cooled heat exchanger operates by passing cool air over the heated surface. A common design of an air cooled exchanger is a finned tube. The heated fluid flows through the tube. The fins create a larger surface for the heat to dissipate from. The cooler air passes over the surface to help exhaust the heat from the fins. 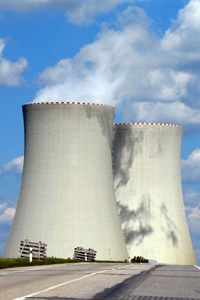 One example of an air cooled heat exchanger is a cooling tower. In a cooling tower, hot water is exposed to a large volume of air inside the cooling tower. A current of air rises by means of a natural or forced draught, and hot water enters at some point and is sprayed into the air. As the water evaporates it loses latent heat to the air and is cooled. The cooling effect is greater with a forced draft due to the increased flow of air. The rate of evaporation increases due to the lower pressure created by the fan withdrawing air so the cooling effect is greater.

A boiler is a closed vessel in which water or other fluid is heated under pressure. The fluid is then circulated out of the boiler for use in various processes or heating applications.

A furnace is used to heat up raw materials in order to produce a particular product.

Fuel flows into the burner and is burnt with air provided from an air blower. The flames heat up the tubes, which in turn heat the fluid inside in the part of the furnace known as the radiant section. In the chamber where combustion takes place, known as the firebox, the heat is transferred mainly by radiation to tubes around the fire in the chamber. The heating fluid passes through the tubes and is thus heated to the desired temperature.

The convection section is located above the radiant section where it is cooler to recover additional heat. Heat transfer takes place by convection here, and the tubes are finned to increase heat transfer.

Chemical reactors are vessels designed to contain chemical reactions. They combine raw materials with a catalyst. A catalyst is a substance that causes or accelerates a chemical reaction without itself being affected. A basic reactor includes a shell, a heating or cooling device, two or more product inlet ports and one outlet port. Some reactors may also have a mixer. 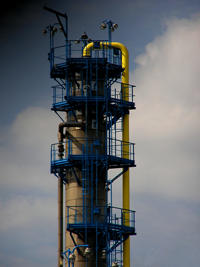 Industrial distillation is typically performed in large, vertical cylindrical columns known as “distillation towers” or “distillation columns”. Distillation uses boiling points to separate different substances from each other. As the product begins to vaporize, the lighter particles rise with the lightest being released out the top. After leaving the column, the vapor is passed over the cooling coils of a condenser. Once condensed it is collected in an accumulator. While part of this is sent to storage, the remainder is returned to the tower as reflux.