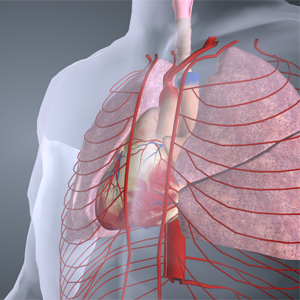 An Introduction to the Respiratory System.

The Respiratory System plays a major part in our survival and works hand in hand with the Circulatory System.

Respiration for the body can not happen without the circulation of the blood driven by the cardiovascular system. Simply said, it is through the respiratory structures that Oxygen (a gas) is directed to the lungs and passed into the blood transportation system which then delivers the Oxygen to the body. But this is just half the trip. This just shows how important lungs are and any problems with them can cause medical issues that may be hard to reverse. For example, to update this article, the current COVID-19 pandemic is affecting people in many ways, with one being their lungs. Monitoring of this virus is extremely important, however, hospitals are becoming very full and are struggling to cope with the influx of patients, there is a way this can be helped – using a portable ultrasound system. These types of medical equipment from companies such as Butterfly Network can help immensely with the observation of people’s lungs, but from a safe distance, helping patients keep up to date with any care they may need, and to see if there are any escalations.

In this short video about the Respiratory System, we will discuss how a breath of fresh air is taken in through the respiratory pathway by the following structures… the nose, pharynx, larynx, trachea, bronchi tubes, and the lungs including the alveoli. All of this will be explained in this easy to understand detailed animation of the Respiratory System.

The circulatory system’s pulmonary circulation is what the respiratory system is all about. While the human organism is in utero development, the lungs are not actively functioning.

Respiration for the body can not happen without the circulation of the blood driven by the cardiovascular system. Simply put, it is through the respiratory structures that Oxygen (a gas) is directed to the lungs and passed into the blood transportation system which then delivers the Oxygen to the body…. this is half the trip.

This cycle is known as Ventilation, which is the process of breathing in, and out. It is the movement of air between the environment and the lungs.

The Ventilation cycle is comprised of two phases. The complete cycle of the two phases is counted as one Respiration…. the average Respiration rate for an adult is 12 to 20 respirations per minute.

Inspiration (inhalation) This is the process of breathing in air. Air is a mixture of gases:78.09% nitrogen, 20.95% oxygen, 0.93%argon, 0.039% carbon dioxide, and small amounts of other gases. The gas of choice for the human organism to survive is Oxygen.

Expiration (exhalation) This is the process of breathing OUT air.. In general, the composition of exhaled air is approximately 78 percent nitrogen,18 percent oxygen and 4 percent carbon dioxide.

Structures and Functions of the Respiratory System

Here’s some of the main structures and functions of the Respiratory system. 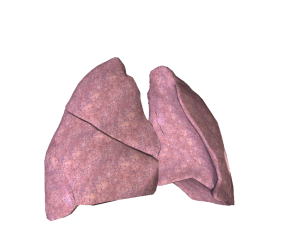 How many lobes does each lung have and why?

This and many more questions about the function of the Respiratory System works are answered in the complete series of Anatomy and Physiology, The Twelve Body Systems.

A breath of air is taken in through Inspiration and moved through the respiratory pathway by the following structures:

– The exchange of gases between the Alveoli (lungs) and the bloodstream is called external respiration.

– The exchange of gases between the blood stream and the body (soma) cells is called internal respiration.

Oxygen is needed by all body cells and Carbon dioxide is the metabolic waste which is removed from the body through Exhalation.

The body only has a 4-6 minute supply of oxygen which is why breathing is essentially an involuntary system. It must continuously work if the human organism is to stay alive. You can voluntarily hold your breath, but for how long?